Mitchell Arnold has served as the Vice President of Finance and Chief Accounting Officer of Petros since 2021. Mr. Arnold has served as Vice President of Finance of the Company since 2019. Mr. Arnold brings to the Company over 30 years of experience in organizational leadership in finance and accounting roles at both public and private companies, where he was successful in improving financial performance, cash flows, accounting processes, SOX compliance and ERP systems. Prior to joining the Company, from 2011 to 2018, Mr. Arnold served as Vice President of Financial Accounting at Akrimax Pharmaceuticals, LLC where he provided strategic guidance of accounting and finance, treasury management, risk management and insurance, information technology and facilities management. Mr. Arnold holds a Master of Business Administration degree in Finance from Temple University and a Bachelor of Science degree in Accounting from Pennsylvania State University. 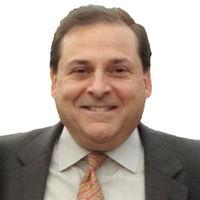 Mr. Weinstein joined Petros as its acting Chief Financial Officer, upon the merger of Metuchen Pharmaceuticals, LLC with Neurotrope, Inc., in December 2020. He is also currently the Chief Financial Officer of Synaptogenix, Inc., a biotechnology company pursuing various neurological therapeutics including Alzheimer's disease. He has extensive accounting and finance experience, spanning almost 40 years, as a public accountant, investment banker, healthcare private equity fund principal and chief financial officer. From September 2011 to the present, Mr. Weinstein has been an independent consultant for several healthcare companies in the pharmaceutical and biotechnology industries. From March 2010 to August 2011, he was the Chief Financial Officer of Green Energy Management Services Holdings, Inc., a publicly-traded energy consulting company. From August 2007 to February 2010, Mr. Weinstein served as Chief Financial Officer of Xcorporeal, Inc., a publicly-traded, development-stage medical device company which was sold in March 2010 to Fresenius Medical USA, the largest provider of dialysis equipment and services worldwide. Mr. Weinstein also serves as a member of the Board of Directors and the Chairman of the Audit Committee of XpresSpa Group, Inc. (Nasdaq: XSPA), a health and wellness company whose core assets, XpresCheck and XpresSpa, operate several Covid testing facilities in major US airports and is a leading retailer of spa services and related health and wellness products. Mr. Weinstein received his MBA degree in finance and international business from the University of Chicago Graduate School of Business, is a Certified Public Accountant (inactive), and received his BS degree in accounting from the State University of New York at Albany. 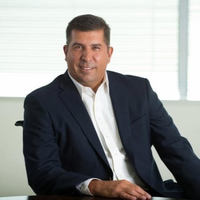 Mr. Gesek brings over 20 years of diverse commercial and financial experience in the pharmaceutical industry. After starting his career in finance at Janssen Pharmaceutical, Mr. Gesek transitioned to pharmaceutical sales and has worked in areas that include: finance, sales, sales operations, forecasting, valuation commercial analytics, business development and corporate strategy in companies including Janssen, Novartis, Pharmacia & Upjohn, Wyeth, Pfizer, Endo, and BTG. Prior to taking on his role at timm medical, Mr. Gesek served as Vice President, Commercial Operations and Business Strategy & General Manager, Established Brands Portfolio for Endo Pharmaceuticals. Here he worked closely with the President of the Branded Pharmaceuticals business to set, measure and refine the strategy for the business unit leading a team of 20 who provided operational support to the business. Mr. Gesek is a graduate of Drexel and the Wharton School of Business.